Have you decided that it’s time to leave your cable provider behind? The high costs related to cable television have given many a headache, considering what options they might have when they cut the cable. Luckily, we have some options for you to choose from. We show you how to access local channels without the need for an expensive cable subscription. 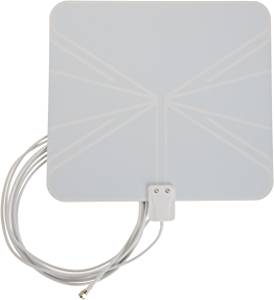 The world has seemingly left behind televisions with antennas – commonly known as bunny-ears/rabbit-ears to those who needed to use them over-the-air (OTA) in the past. Today’s antennas are a bit more advanced, able to pick up up full digital 1080 HD broadcasts over the air. An OTA antenna feed is great for those events you want to watch live — the NFL football, the Oscars, the evening news and more. Depending on where you live, you can watch anything on the following stations: ABC, CBS, Fox or NBC, as well as PBS and other channels.

Living in the GTA (Toronto, Mississauga, Brampton, Scarborough, Markham, Richmond Hill, Pickering, Ajax, Whitby, Oshawa, Vaughan, Etobicoke, Oakville , Milton and surrounding areas) and paying for Rogers or Bell for their starter package makes no sense. You can get most of those channels for Free OTA.

The downside is that in some places, the TV signal of some channels is spotty or nonexistent due to proximity to broadcast towers or obstructions that break up the signal.

This tip may sound illegal, but it’s not. Netflix CEO Reed Hastings declared that sharing your password for the streaming service is just fine. He stated it’s something Netflix has to live with, because there’s so much legitimate password sharing going on. “So there’s no bright line,” on the issue, he said.

Netflix basic plan allows watching on only two screens at the same time.

How to set up Windows 11 without a Microsoft account

Personally, I don’t like the idea of having a Microsoft…

Ransomware: What you should know

Ransomware is a type of malware that can lock users…

Windows 11 Is Now Available for Some People

Microsoft officially has released Windows 11, and it will be…